The most prominent number Meetup shows for groups are their members. Those are nice, big numbers, aren’t they? 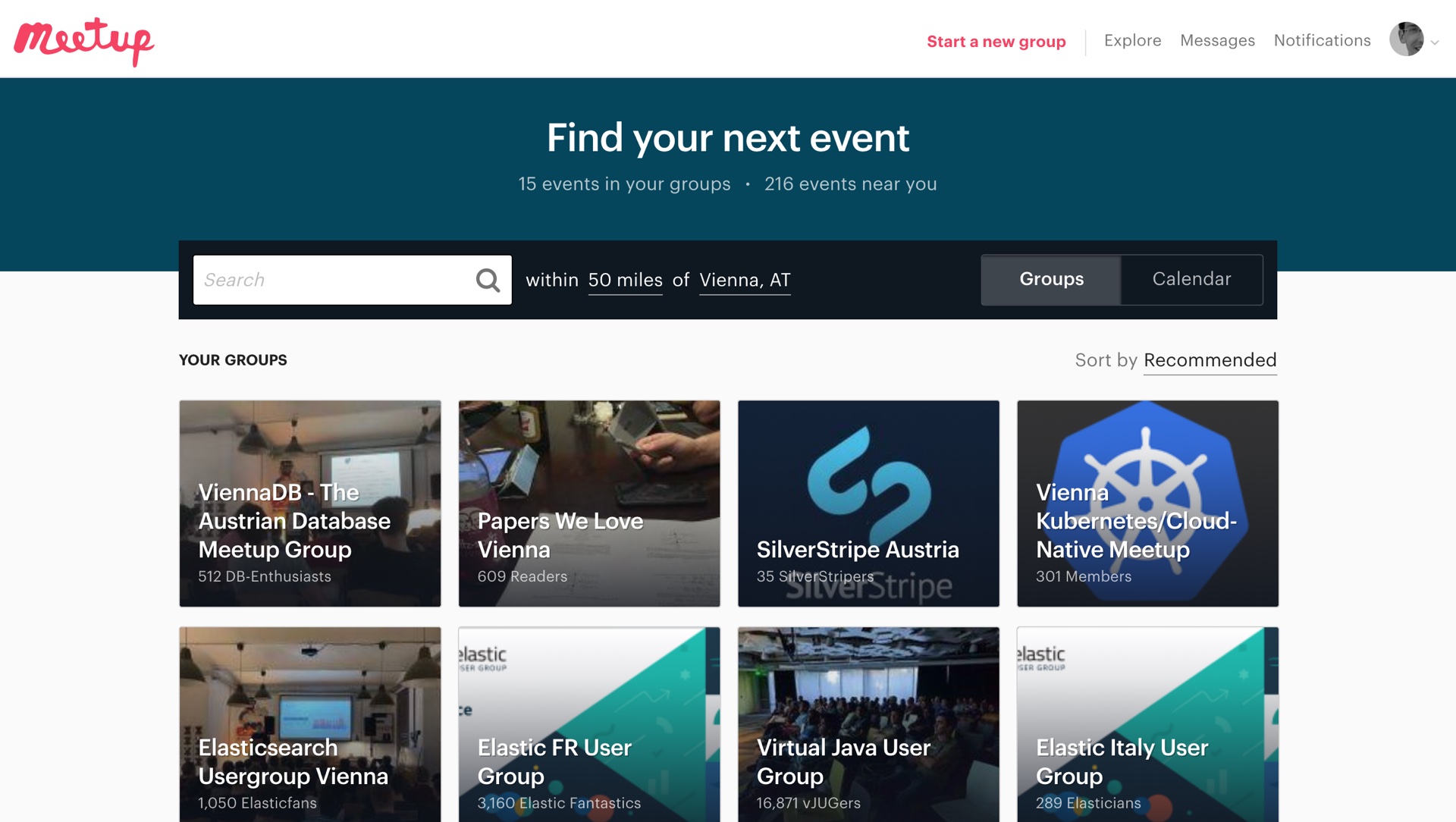 For example the Elastic Vienna group has 1,050 members. I should have celebrated the 1,000th or maybe the 210 member. But what does that number really mean?

You can get some statistics by adding stats/members/?range=all to a group’s URL; by default, you need to be a (co-) organizer to have access. This is what it looks like for the Elastic Vienna group: 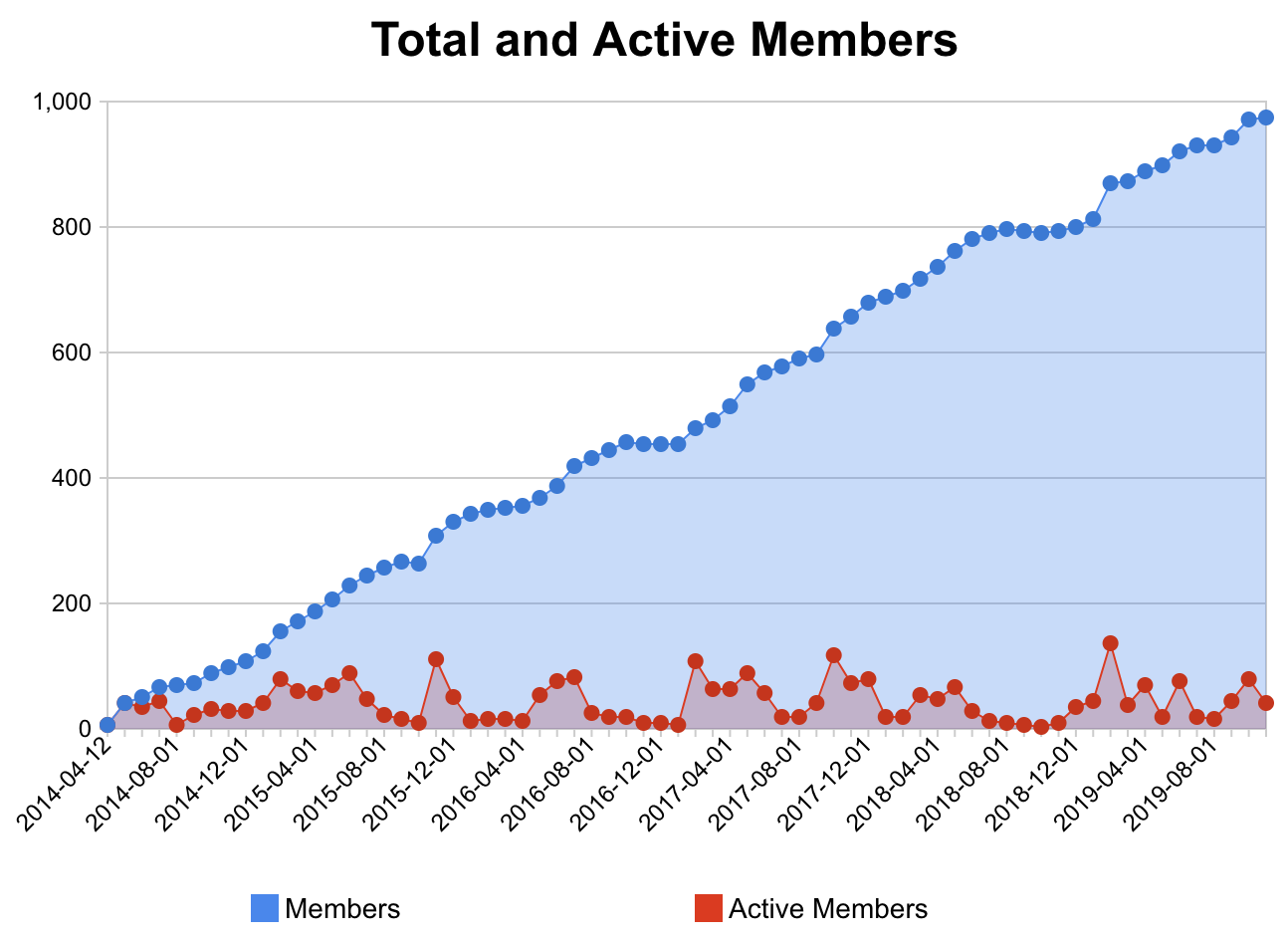 I know this page is using the old layout, and they stopped generating the data by the end of 2019. Meetup is a very broken place — everybody should probably start thinking about alternatives, but that’s a different story. For the sake of argument, this data is good enough.

There is also Member Joins and Going statistics, but I think Total and Active Members give you the best overview:

In total, we had 30 meetups in this group, and we strive for a quarterly cadence.

For comparison here are some other groups with different patterns:

We had 47 meetups over the years, and it was my most active group until 2016, capturing some of the NoSQL hype and covering a broad set of topics around anything database related. Though the past years got quieter and quieter. 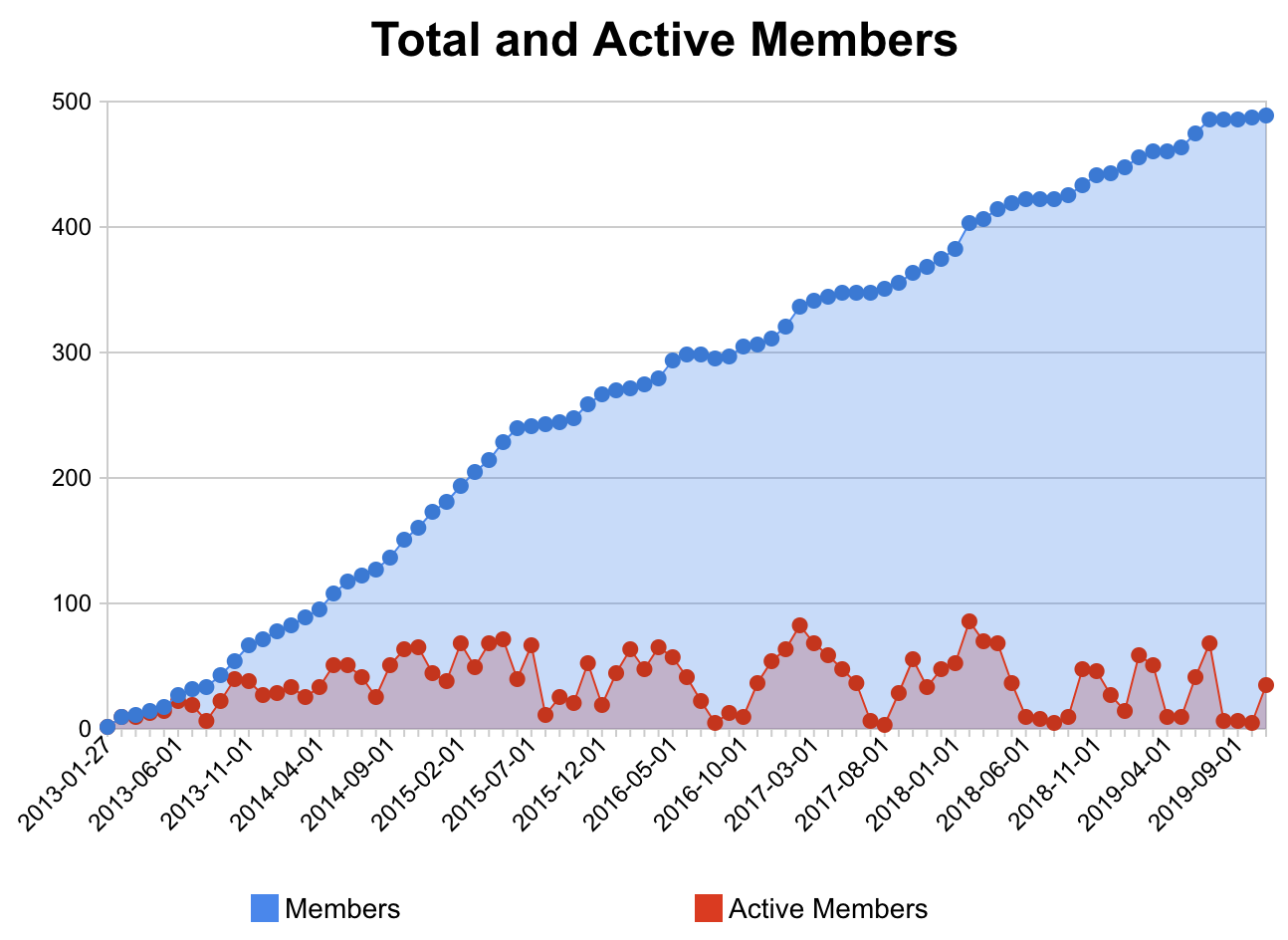 This group had 46 events, and we are striving for a monthly cadence, usually taking a summer break, so around ten meetups per year. Also, this group is a little different from most others since it doesn’t have presentations. Instead, we discuss an academic paper that everybody has read before. We usually are between four and eight attendees with a few regulars and some people only showing up once for a specific paper.

This is what an inactive group looks like. We had seven meetups, but the last one was in 2014.

So what does that number tell? Not too much since it’s a vanity metric:

The opposite of actionable metrics are vanity metrics (like web hits or number of downloads) which only serve to document the current state of the product but offer no insight into how we got here or what to do next. – Maurya, Ash. “3 Rules to Actionable Metrics in a Lean Startup”

But it’s a “big number” that is only growing. So if that’s what you’re after, it’s pretty much perfect.

While the total members are the more impressive number, the more meaningful metric would be active members. Wouldn’t it be great if Meetup would switch to that one or at least show both?